END_OF_DOCUMENT_TOKEN_TO_BE_REPLACED

In late November 2013 we redesigned and rebuilt one of our biggest walls to create the new Adidas wall. The size and angle stayed the same but we replaced the boards and got our creationist genius, Mel Holmes, on board to create an artwork that would be a little bit different.

Mel is the man behind the beautiful artwork in the Mini-Works so we knew we were leaving it in capable hands. Most of you have by now climbed on the Adidas wall but if you wondered how did it come to be...well, your answer is in the 2 short films below.
The first is a time-lapse showing the majority of the painting going on. The second is one of the boys setting and testing the wall (no feet on the walls lads!! you'll wreck the paintwork!)

Round 3 was a popular affair with alot of people trying out the weird and wonderful problems set by the team on the Berghaus competition wall. A bit of a harder set kept the scores a little lower than previous rounds but with only one round left it is all very tight at the top of the leaderboard. 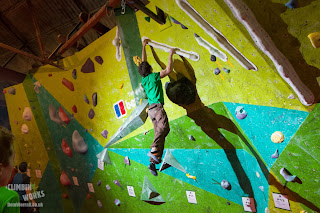 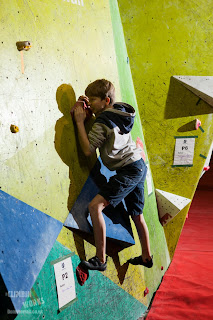 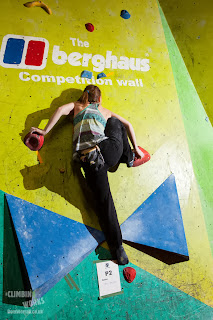 The winners of this rounds prize draw (from those who handed in their scorecards) can be found below: 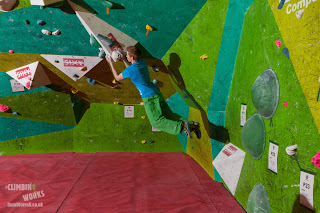 You can pick up your prizes from reception.

Next round will be Friday 31th January which for those who can count is a 2nd one in January. We are doing this so we don't clash with the Foundry Bouldering Open on Sat 8th Feb. We encourage all our regulars to support this excellent competition. 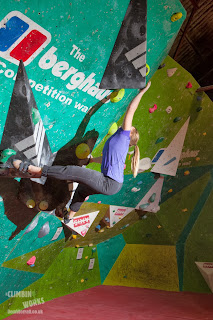 Remember, taking part in both our own Winter Bouldering League and the Foundry's Winter league makes you eligible for a big bin of prizes that will be dished out after the last round in February that will be held at the Foundry.