END_OF_DOCUMENT_TOKEN_TO_BE_REPLACED

Emergency Service Competition Round Up

Thursday 25th August was a day of two competitions at The Climbing Works, in the morning we held our annual Young Climbers Festival for climbers aged 7 - 15 years and later on that evening we  held the Yorkshire Emergency Services competition, for all emergency and NHS staff operating in the local area.

With most of the teams registering on the day, the number of participants taking part in this friendly competition was left unknown until the evening of the event. Amazingly 9 teams turned up representing the police, ambulance, A+E, medical physics and imaging and Hull fire brigade (who actually had never climbed before and wanted to come down for a laugh).

The competition format was set up so that it included climbs for beginners, intermediates and those who are seen training regularly on the wall. Each competitor had 30 climbs to attempt and complete in 2 hours and received points depending on the difficulty of the problem and how many attempts it took them to complete.

The atmosphere in the wall was full of high spirits with friendly competitive banter between the teams and everyone was out to have fun and help raise money towards a community Automated External Defibrillator (AED). The AED will be situated outside the gates of The Centenary Works and available for anyone in the local community. (Read why an AED is important for the community) 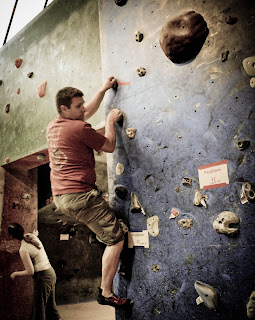 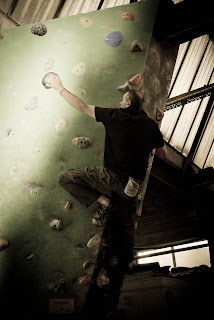 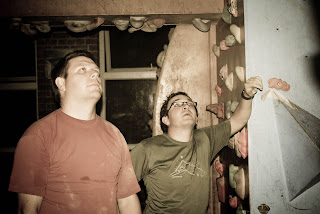 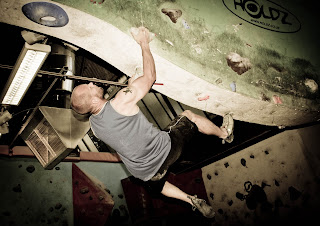 After 2 hours of climbing, the scores were added up and a final problems chosen for the top 3 male and female competitors. The format for the final was "last man/women standing" each competitor had to climb the problem selected and if they didn't make it to the top then the competition was over for them. With arms pumped and fingers failing from the amount of climbing already achieved it was a tight final. Battling it out for the men was Chris Moran (The Police), Rich Griffiths (A+E) and Chris Lamare (A+E). While for the women's final there Jill Van Der Meulem (Medical Physics), Bridget Lightfoot (Ambulance) and Sarah Messenger (A+E).

We managed to raise £250 on the competition night and with The Climbing Works Cheese's deciding to match the money raised so we now have £500 to put towards the new AED, however we still need to raise £700 more so if you would like to help and donate some money then there is a collection box at the front of reception.

A BIG thank you to everyone who took part and helped make the evening happen and a special thank you to Jim who came up with the initial idea and organised the event.