END_OF_DOCUMENT_TOKEN_TO_BE_REPLACED

Last Thursday we held our annual Young Climbers Festival supported by Berghaus, this fun competition is open to climbers aged 7 - 15 years who have either taken part on our summer holiday courses or who climb regularly at The Works.

This year festival proved as popular as ever with all the places being booked up before the closing date. Parents have even started to arrange their holidays around the event and one family cut their summer holiday short so that they would be back in time for the festival.

Before the event took place a new circuit was set by Percy, Michelle and Claire. 30 new problems ranging from 3 - 6c+ were put up around the centre and had to include climbs for tiny 7 year old beginners to 14/15 year old that can climb better then most adults! This was quite a difficult task as even the smallest route setters were struggling to set climbs for the small. 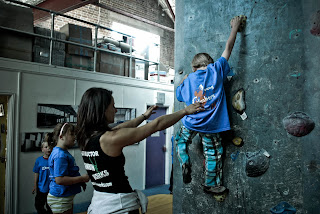 one of our smaller competitors

Early in the morning of the 25th August all the competitors arrived, some excited, others nervous and a few who looked like they still wanted to be in bed! To warm them up, wake them up and shake off the nerves the instructors ran some fun warm up games.

fun games to shake off the nerves 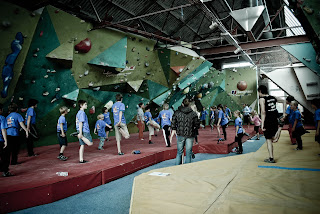 The competitors were then put into smaller groups selected by age and ability. They then had 2 hours to complete 10 - 15 climbs selected from the new circuit that were suitable for their groups ability. The climbs this year were pretty tough and consisted of dyno's, balance problems, arete's and the Berghaus competition wall. All the young climbers showed great enthusiasm and perseverance on the difficult climbs and encouraged others on. 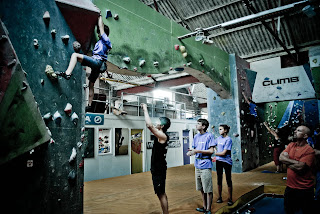 one of the harder problems set 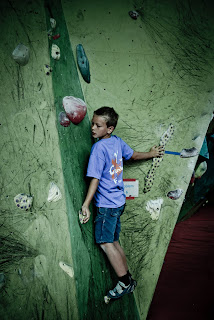 a young competitor concentrating on this balance problem 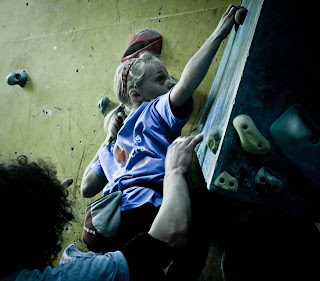 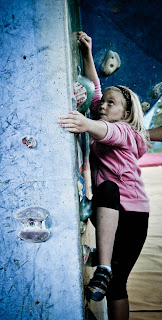 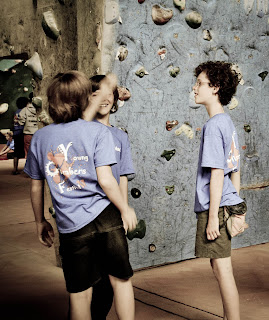 one group helping each other out on a difficult climb 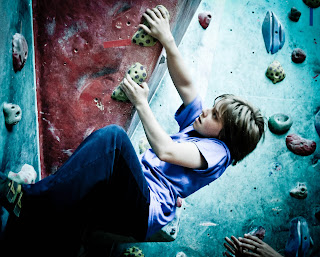 a face of concentration 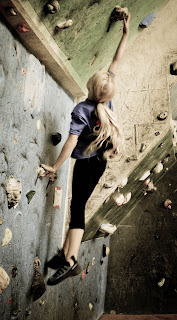 After 2 hours of climbing the scores were added up and prizes (which were kindly donated by Berghaus) were given to the tired competitors. Awards were given to the top 3 places as well as runner ups. There were also spot prizes awarded to those who showed some amazing climbing skills and helped encourage others. 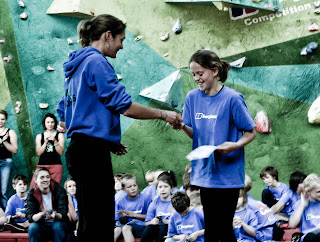 Berghaus awards being given out 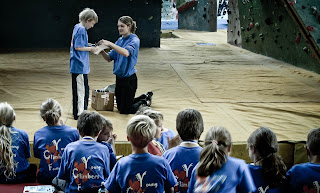 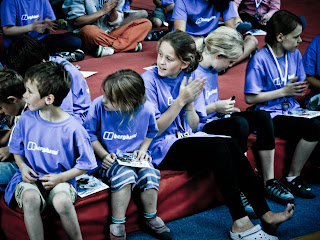 By 12pm another successful YCF was over, all competitors went home happy and looking forward to next years event. For all those parents out there who would like their children to participate next year, keep the last Thursday of August 2012 free.


Also big thank you to all the instructors and route setters who made the day possible and to Berghaus for supporting the event.