END_OF_DOCUMENT_TOKEN_TO_BE_REPLACED

The CWIF occurred over the weekend of the 5th & 6th March 2011. A massive weekend with over 300 competitors and many more watching the Semi & Finals. Here's a few thoughts, from us, about the whole thing... 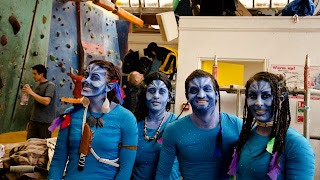 Making a proper day of it. Team Avatar bring a bit of colour to the qualifiers 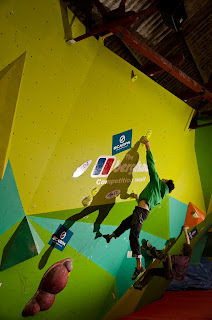 The CWIF was always meant to be ‘much more than a competition’ and in 2011 we think we nailed it. The word Competition usually bring thoughts of tension, elitism and ‘not for me’ when it comes to climbers. The CWIF proves that this does not have to be the case. The weekend of the 5th & 6th March allowed your everyday climber to boulder alongside some of the World’s best in an atmosphere that was extremely relaxed and friendly. 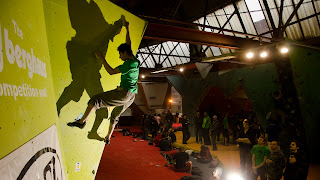 In most competitions you watch and wonder just how good or bad that hold is. You wonder if you could do that move. In the CWIF, you pull on the same holds as the elite, see people flash something you can’t touch and laugh with your mates as you attempt to outdo each other. 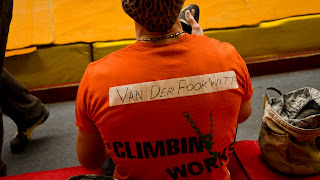 Once the qualifying day is over, you return the next day to watch those people you climbed alongside attempt some of the weirdest and impressive problems set by some of Europe’s best route-setters. The CWIF is indeed a festival, with climbing, FREE BBQ’s, FREE physio sessions, DJ’s and party’s all thrown into the mix. In 2011, we also worked with ShAFF (Sheffield Adventure Film Festival) to create a weekend that is unparalleled in the U.K. 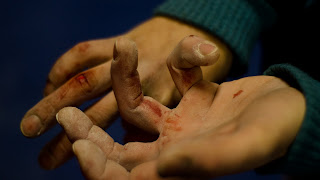 If you were here you’ll know what it was all about. You’ll hopefully have woken on Sunday with aching arms and thin skin from going past what you thought was your limit. You probably recovered with some quality food from the BBQ, and then got incredibly psyched to try even harder as you watched the crème de la crème fight it out in the Semi’s & Finals. If you weren’t here at The CWIF, you can watch some of the highlights from the weekend on our YouTube page and view whole gallery of images on our Picasa site.  You can see all the results at thecwif.co.uk too. We've also got the 1st part of a trilogy of highlights film which covers the qualifying day which you can watch below. We'll have the other 2 films over the next fortnight. After watching all of the highlights, you'll probably wish you had been here.

Why do we do it? Because it’s a fantastic weekend of climbing.