END_OF_DOCUMENT_TOKEN_TO_BE_REPLACED

Last weekend we had the British Bouldering Team in for a rehearsal before the European Championships which take place on the 17-19th September. The days consisted of getting on the Berghaus Competition wall and attempting (in competition format) the problems as set by Percy. There were semi-final and final level problems for both the Men and Women.

As you can see below Percy created some interesting blocs with kneebars, crimps, dynos and slopers. A little bit of everything really.

Now that the British team are done with it, it is now open to you to test yourself against them. Don't worry though as there are some easier stuff on there to warm up on. There's actually so many problems on the wall at the moment we've made 2 topos for the Berghaus Competition Wall. There is the one for the British Team set (marked start holds, semi or final standard etc) and one with the easier stuff. Both are on the mats below the wall. Go and enjoy! 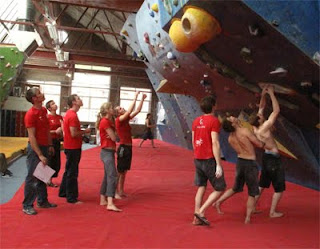 The team using their observation time well. Especially the boys as they realise they're going to have to do this... 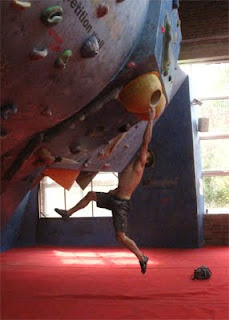 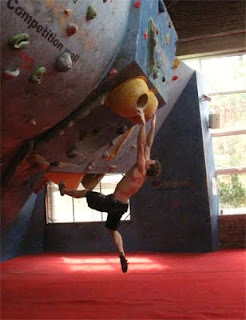 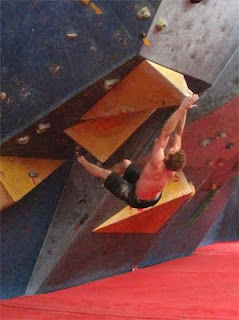 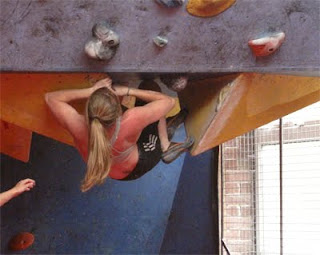