END_OF_DOCUMENT_TOKEN_TO_BE_REPLACED

It's New Years Eve and the end of that weird timezone between Christmas and New Years. That period were some people are still off work, the kids are at home, days become muddled and no-one is quite sure if it's the weekend or not.

Today see's The Climbing Works close at 5pm. We'll re-open on Saturday 2nd January, back to our normal opening hours 10am - 8pm.

As Percy mentioned yesterday, there is a new Purple circuit with 40 problems between 6b-7a+. The new Revolution holds have gone down well with alot of positive feedback. The variety of holds and circuits is one of the things that The Climbing Works prides itself on. These new holds weren't cheap but we're happy to keep investing in new product to keep our customers happy - see it as a late Christmas present. You can see the full circuit topo's on our website here>>

As we head towards the last few hours of the decade, we wish you a happy new year! See you in 2010

There is a new Purple circuit that has been set as of yesterday - 41 problems from Font 6a+ to 7a set by me and Sam. As its Christmas, the new circuit has been set with a brand new load of Revolution holds (the artists formerly known as Pusher!). Time to start working off that turkey! Enjoy....

Just a reminder about our opening times this festive period:

Over the festive period, The Climbing Works will be open as usual apart from these days & times:

Have a great holiday!!!

The last White Circuit was a little different from the norm. Not only did it go from 3+ to 7b+ but we also promised prizes for those who handed in circuit topos. We had a huge response with over 50 people leaving in topos. With such a big response we've pulled 8 winners out of the hat. Your prizes are a mixture of Climbing Works hoodys and tees which you can pick up next time your in the wall. An early Christmas present from the Works : )

The new & improved kids slide got installed on Friday.

For such a momentous occasion we had to do something special. The Queen was busy so we got the King of Grit Ron Fawcett to christen the slide. Enjoy!

After the new chalk extraction system we've recently installed, we've now responded to customers requests and installed a new heating system into the Works. The photo below is Percy checking the instructions before installation.... 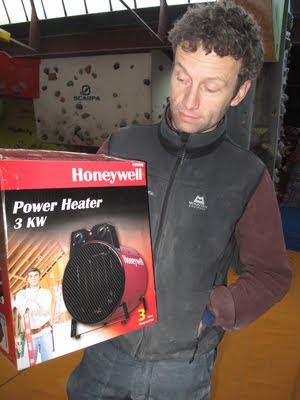 Back in the real world of The Climbing Works, the last few days have been busy. Percy has been set to work on the children's boulders, upgrading the kids slide. This will be finished later today so ready for the young ones on a Saturday morning. 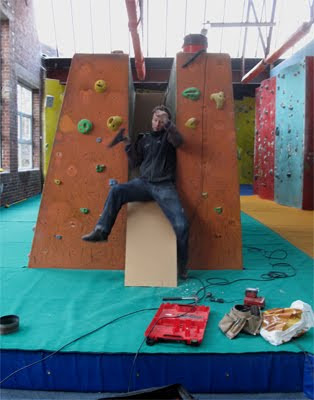 With the recent snowfall, it was perfect timing to see the new OR range of clothing for Autumn Winter 2010 (for those not in the outdoors industry you usually see samples of ranges a good 9 months before they arrive on the shelves). We've currently got a small range of warm clothing from OR inshop and online for this season so if you're feeling the bitter cold, come check it out. 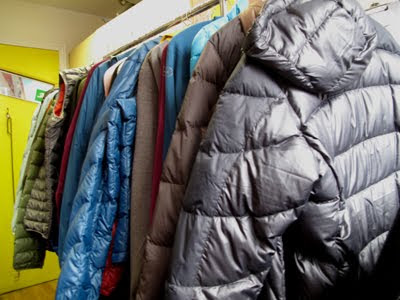 The down and synthetic range from OR for AW10 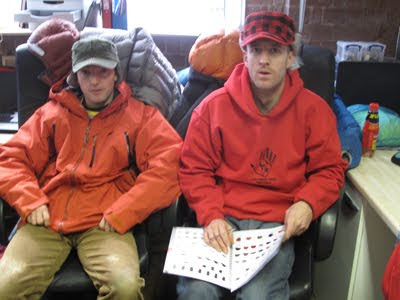 The 2 cheeses getting involved with next years clothing. Rabbits and headlights is a phrase that springs to mind... 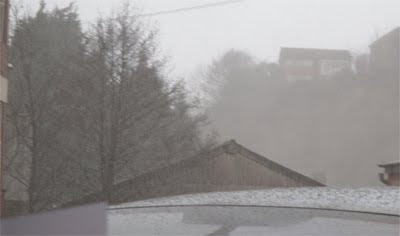 With all the mince pies, chocolate and general over-indulgence that goes on in December it can be quite easy to lose that finger strength that has taken you soooo long to build up. Time is also in short supply so it can be hard to fit in any climbing. Rest is important but coming back a little weaker is always frustrating.

Fingerboarding is an easy way to gain finger strength and it's easy to fit in around a busy schedule. On the Climbing Works website is an excellent fingerboard article from Ned Feehally (British Bouldering Champion) that gives you a specific plan to get strong. He uses the Beastmaker 1000 & 2000 boards as examples and we're lucky enough to have a few Beastmaker 1000 boards in stock. These 1000 series finger boards aren't as hardcore as the infamous 2000 and are ideal for those new to the weird black voodoo art of fingerboarding.

So this Christmas, keep those gains with a beastmaker 1000 board and this fingerboard plan.

What a Friday night. It was big in so many ways. Thank you all for coming and helping to make it such a great night for all of us. It is greatly appreciated. We'll see you all for next years 4th birthday party : )

Back in the real world and the Works week. Sam has been busy setting on the comp wall so there's a few new problems, including another metal fantastic problem. These are some more new metal holds that the beastmaker team have given us. It's certainly something different.

If you're looking for a gift for Christmas, remember to check out The Climbing Works online shop. You'll find clothes, shoes, dvd's and guidebooks. Last posting date will be the 21st December so don't leave it to late.

The White circuit has now been finished. 40 problems starting at font 3, going up to font 7b. Enjoy.

...chalk dust has always been an issue in here. It's the same at pretty much all climbing walls (the busy ones anyway). We started with windows and then moved onto industrial extraction filters. Even on full blast/suck when busy in here, you could see they weren't doing the job to a standard that we wanted & required.

Now we've taken the next step and are currently having an extraction system fitted into the Works. What does that entail? Well these... 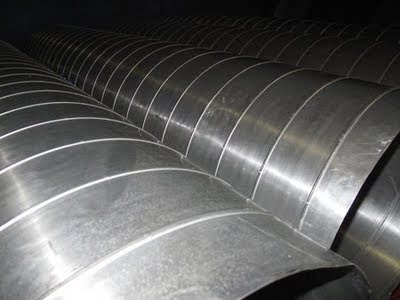 ...for a start. These pipes are big, real big. When we did a test run earlier and turned on the fans, this happened... 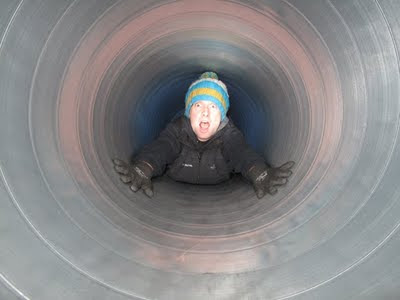 don't worry, we got him out in the end.

The work will happen today and tomorrow (Friday) so by the weekend we should be able to offer a less chalky environment for you to climb in. It'll never be perfect, that would be impossible (we could open the roof but then we'll get complaints about the cold and the rain) but it should be better. There may be a little disruption to afternoon climbers in here on Friday but hopefully nothing too major.

Also by the weekend we'll have a new White circuit on offer. It will be similar to the last one in that it will start easy and get progressively harder. If you're going to our birthday party on Friday night, anything on Saturday will probably be quite hard...