END_OF_DOCUMENT_TOKEN_TO_BE_REPLACED

Last Saturday we had the 200,000 customer through our front door. This is something we are pretty chuffed about. So chuffed that we have a bottle of champagne ready and chilled for that special person. Unfortunately for Ms Lucy Grainger, the mobile phone number we have for her does not work so if you're reading this, ask for your nice prize next time you're in : )

For a wall that started off with no clear idea how it would be received, if we would even get anybody coming through our doors, to get to this number within 3 years is pretty mind-blowing. A huge thank you to every one who has supported us, climbed on our walls and given us some much needed feedback. Come join us at our 3rd birthday party and enjoy the late night / early morning celebrations : )

Every Autumn a raft of climbing films come out to showcase the biggest names, the biggest sends and the new, cutting edge areas. Sometimes these films can disappoint. Don't get me wrong, films like Progression or Pure are excellent examples of where climbing is going and an insight into the people doing it. But to get the combination of both a person at the very top of his game and in a place which is full of lines that are at the cutting edge is difficult to find, and even harder to catch on film. 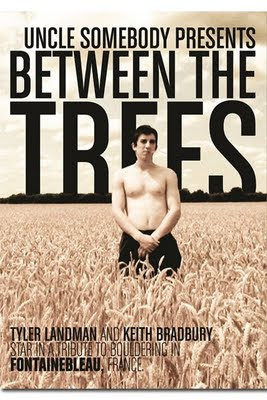 In Between The Trees, Keith Bradbury (uncle somebody) has managed this feat and more. Over 2 months, he and Tyler Landman cruised around the mecca and home of bouldering -Fontainebleau - and climbed...alot. Tyler went on a sending spree unheard of in the forest. His ticklist from those 2 months is mind blowing. Some of his daily sends are problems that most very good boulderers would be happy with over a lifetime.

Between The Trees documents this sending spree but more than just a combination of footage of problems, it shows Tyler at a peak of his early climbing career (being only 18!). The film has world class font classics and little known hidden gems. It also shows the beauty of the forest and why the place is so special. Humour also plays a big part in the film and it's easy to see why the footage is so good, it's because the two boys were having such a good time climbing together.

Between The Trees is film for any boulderer looking for inspiration, any climber who's been to Fontainebleau and anyone who enjoys seeing a climber at the top of their game. Available for Â£14 on climbingworks.com or instore at the wall. Certainly worth adding to the dvd climbing collection. 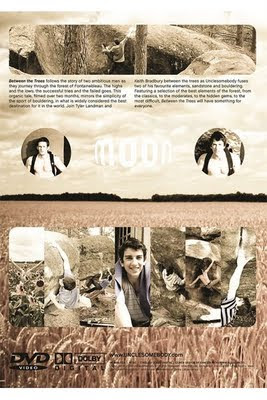 In 1 week the White circuit will disappear from the walls of the Works. This circuit has been incredibly popular with the increasingly difficulty of the problems being something different from the norm in here.

Also different from the norm is that the circuit has some prizes attached to it. For your chance to win, all you need to do is download the white circuit topo from the website, fill in your name and details and hand it in to reception. You don't need to have completed the circuit to enter, it's all just for fun.

What prizes could you possibly win? Something nice. Promise.

Sam & Percy have finished setting the yellow circuit so there is now 40 new problems in the font 7a-7c range. Most of them are in the middle of that grade range so it should give you something to work on in the next month or so.

If you ever wondered how the boys test these creations, you can watch the video below. Sometimes the original problem gets tested, holds then get added or taken away, up till the point when the lads are happy with the grade and style of the problem.
Next week the yellow spotty circuit will come down and a new font 4-5+ will be up by Friday.

Sam & Percy have finished setting the yellow circuit so there is now 40 new problems in the font 7a-7c range. Most of them are in the middle of that grade range so it should give you something to work on in the next month or so.

If you ever wondered how the boys test these creations, you can watch the video below. Sometimes the original problem gets tested, holds then get added or taken away, up till the point when the lads are happy with the grade and style of the problem.

Next week the yellow spotty circuit will come down and a new font 4-5+ will be up by Friday. 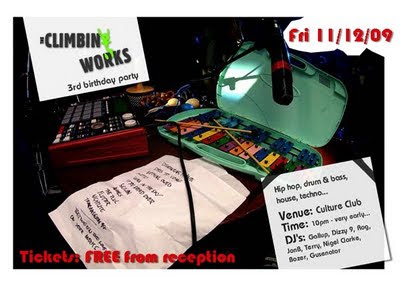 The Climbing Works will be 3 years old on the 3rd December this year. Just like in previous years we are going to throw a huge party in Sheffield on Friday 11th December to celebrate.

Just like in previous years tickets will be FREE to Climbing Works members. We are paying for the rental of Culture Club in Sheffield City Centre and all you have to do is turn up with your dancing shoes on and be ready to have a good time : )

You can pick party tickets up from the reception desk from today, maximum 4 per member. The last 2 have been massive nights and ones not easily forgotten. This is going to be even bigger, being in a great club in the city centre. You WILL need tickets to get in so get yours ASAP - don't be disappointed.

We are already incredibly psyched about this night and hope you can come join us in celebrating the 3rd birthday of The Climbing Works. Yeeaaaaaaaaaaaaaaahhhhhhhhhhhhhhhh!!!!!!!!

Round 1 of the Works Bouldering League was a huge success and with round 2 only a few weeks away we thought this short film of R1 would keep your psyche levels high. If you've never been to one before, check out the details on the website on how it all works and watch the video below. 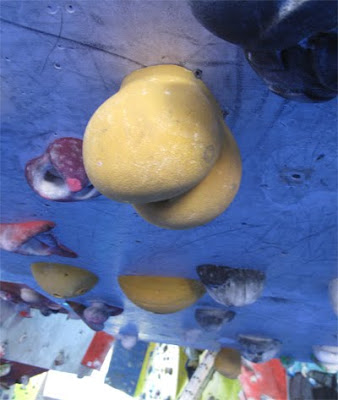 Sam & Percy have started work on the new Yellow circuit. Expect plenty of filth in the 7a to 7c range when they are done. They should have it all finished in the next few days.

Elsewhere in the Works, we've got Progression now in stock. This latest film from BigUp productions is a cracker and well worth adding to your climbing movie selection.

That's right, 25% Extra FREE all this week....and next week, next month and possibly even more next year.

What do you get for free, well more wall. You've actually been getting 25% more for the last few months (since the last new prow went on) but it's only last week that we confirmed our suspicions.

The latest green spotty circuit is a 50 problem monster, this being the first time we've reached the magic half-century. When the Works first opened we could only set 40 problems on the circuit walls. Over the last few years we've added more surface wall and interesting features that have expanded the amount of climbing area allowing us to set more problems. In fact, we now have 10 circuits on the go were previously we had a maximum of 8.

How is it all for free? Well, we're still charging the same entrance price that we did when we first opened the doors. An extra 25% more walls & more problems all for the same price - not bad really.

While we're talking circuits, Sam has just stripped the hard yellow circuit. It will all be reset by the end of the week giving you some new problems in the 7a to 7c range. Enjoy!

Sam has been very busy over the last few days stripping and setting new circuits. On Tuesday he got to work on the circuit board. After returning from Spain, he knows all about endurance routes! He has set 2 new circuits on the board with plans to tweak and add a few more to give you a very intense burn. Keep an eye on here for more details in the coming weeks.

Also this week Sam has stripped the green spotty circuit. He is currently resetting it today with plans to finish it off Friday. Expect a 40+ problem circuit in the 6a'ish range.

He also added some new problems to the Berghaus Competition wall on Monday giving you 31 problems to thrash yourself on before the next round of the Winter Bouldering League on the 4th December. The competition wall topo is available to download off the website here or you can view the printed A3 copies on the mats below the wall.

The end is nearing for the white circuit and your chance to win something 'good'. This 47 problem circuit was an experiment in trying something new (the problems went from easy to hard as you went from 1 to 47). It has been a superb success, receiving quite a hammering in the last 7 weeks. Anyone who hands in a white circuit topo (you don't have to had completed it...that would have been quite evil) before it disappears will go into a prize draw. You can download the white topo from climbingworks.com. Hand in your topo to the reception staff and remember to put your name and member number on it.