END_OF_DOCUMENT_TOKEN_TO_BE_REPLACED

On the 1st November Leo Houlding will be giving a lecture at The Climbing Works. As part of the lecture, you'll hear about his recent Baffin Island trip (with Big Pickles in tow) and the Asgard project film that is currently being put together by Posing Productions.

Below is a James Bond influenced trailer for the film, it already looks like a cracker.

Purchase tickets at The Climbing Works reception or online>>

Yes, he's back and he's slightly frostbitten! Current holder of the title "Britains Manliest Man", one of the original building team of The Climbing Works, all-round nice guy, and actually called Christopher, Big Pickles has returned from Mount Asgard to the waiting arms of the British press...
Well, alright, it was the Todmorden News, but still, big up to the big mountain man! Click on the link for the story. Nice work Jase - we're glad you're back in one piece!

No, not Hormone Replacement Therapy (we're not old enough for that, yet!), but HRT climbing holds for a new white circuit. The holds are winging their way to us from darkest Bulgaria as I type this and should be here early next week, so watch out for a new hard circuit going uptowards the end of next week (probably a replacement for the yellow or red circuits that are looking a little tired now). In other stuff thats been going on this last week, our local MP, Megg Munn popped in for a look around yesterday and to have a chat with us. Brian even managed to coax her into having a go at a spot of bouldering. Its nice to see our local politicians interested in what we're doing and game for getting involved!

As the title says, we now have Beastmaker 2000 fingerboards in stock instore and online.

These things of beauty (and pain) have been extremely hard to get as the beastmaker lads have had such a backlog of orders to get through. Finally we now have quite a number in stock...perfect timing for the upcoming winter training season.

If you haven't heard of the beastmaker boards, let us enlighten you. They've been designed by Ned (current & 2 time British Bouldering Champion) Feehally and Dan (8b) Varian. Two boys who know a thing or two about small holds and training. The last few years have seen these boys dedicate alot of time and effort into perfecting these fingerboards and finally they are on sale to the general public. These fingerboards aren't for beginners, being specifically designed for those who are wanting to really push themselves into new levels of finger strength.

We've had 2 of these on our training / fingerboard wall for a while now and they are extremely popular with the strong & want-to-be-stronger climbers. A must for anyone into serious training.

You can purchase the boards online at The Climbing Works website>> 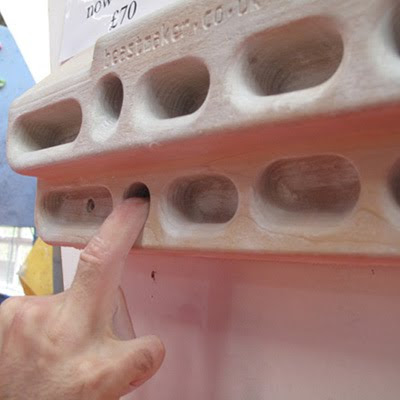 Can you say 'mono' 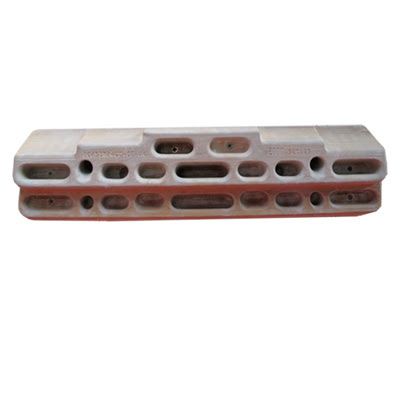 As the title may suggest to many, The Works now has a new Green circuit set by me and Sam today. The grade range is from Font 3 to 4+ and there are 40 problems for you to try. Get down and try the problems before the chalk pixies cake the holds with grease once again (you'll have to be quick though - it looks like its going to be a pretty popular tour!)

Last weekend the British Bouldering Team spent 2 days thrashing themselves in The Climbing Works as part of a team training program. The first day involved alot of tests to identify strength and weaknesses, while day 2 consisted of attempting Percy set problems on the Berghaus Competition wall. 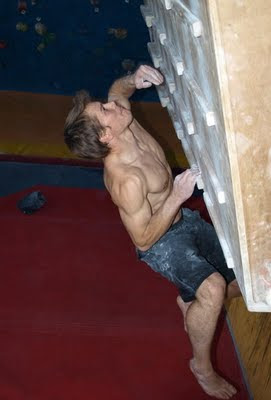 Dave Barrans campusing and below testing his one arm pullup ability 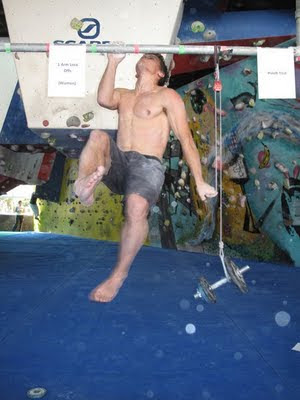 Apart from one of the team being sick, they all survived the weekend mostly unscathed. The British team rely on alot of good will from both the members and the staff and it was good to see such a good turn out (Stew Watson coming from Austria especially for the weekend).

The BMC have also just released their first competitions newsletter which has dates of comps around the country (including our own Winter bouldering league) and some very interesting articles. You can read it at the BMC website>>

Other news in the Works is that Percy is busy setting the newly built prow. Below is a video of (Climbing Works instructor and British Bouldering Team member) Dave Mason testing a new red. 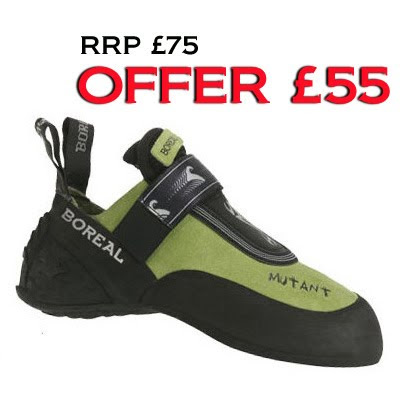 We've got a new special offer on this week online and instore on Boreal Mutants. They were Â£75 , not get them forÂ£55. These shoes are a great choice for bouldering being a mix of a slipper and velcro. We've got limited stock left so be quick if you're a popular shoe size.

If you're not convinced, check out the video of Nacho (spanish wad, ex-sheffield / climbing works resident) Sanchez crushing Louis Armstrong, Font8b, in Parisella's cave wearing a pair of mutants...an apt name for both the shoe and climber in this case.

Once again the Works has been alive with the sound of drills. Today Sam has been stripping the Green circuit (a new one to be finished by Friday) while we've had the beastmaker boys in playing with the motherboard.

They've made some new holds for it and today they've been resetting the board making it an even better training facility. Dan has been using his injury downtime to get into the workshop and play with some beautiful pieces of wood to create some fantastic new holds. Now you can crush without ruining your skin....

Dan has also been busy writing a new article for beastmaker.co.uk. It covers everything you need to know about mounting a fingerboard in your home. This is well worth a read as the beastmaker boards are soon to be in stock at The Climbing Works... 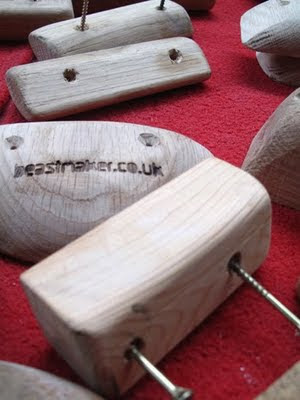 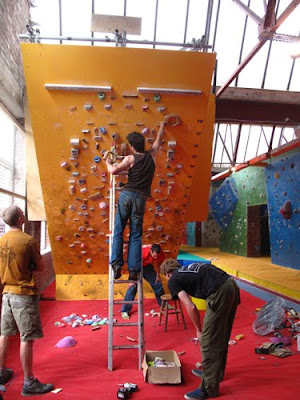 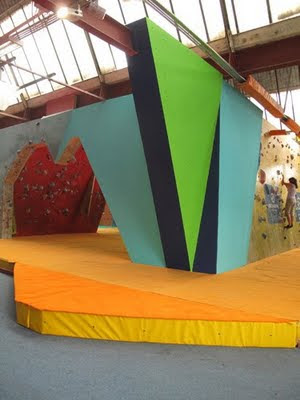 The new brown circuit has been up for the last week or so and it has already had a good hammering from our customers. For those who would like to either see some of the problems on offer...or want a little beta on some of the problems. Check out the video below

The works was a very busy place this morning. Percy finished off his part of the new ships prow (see pics below) with Sam currently painting and coo-varing it. This mighty beast should be open for Thursday (once the new mats arrive).

Sam and I completed the Brown circuit this morning also, so now you lucky people have 40 problems in and around the Font 6a-6c mark. The topo will be on the yellow board later today and the website tomorrow.

Tomorrow is a bit of a rest day for the Cheeses but we'll be back at it on Thursday, stripping the competition wall ready for the a Friday reset. 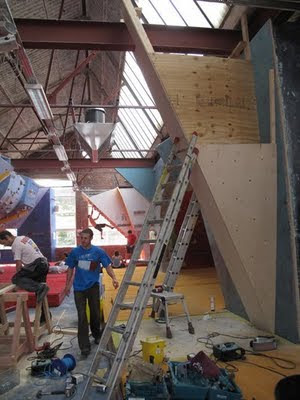 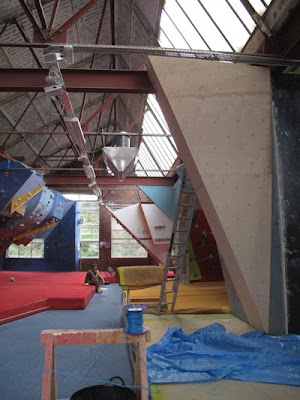 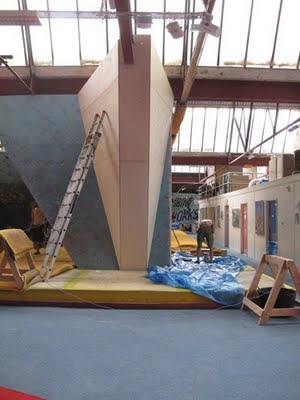