END_OF_DOCUMENT_TOKEN_TO_BE_REPLACED

It fell off the back of a lorry, Officer...!

Last weekend I was working at the Skymasters event in the NEC, Birmingham. 4 days of work with Steve McClure setting the routes for the event, which was a great success. 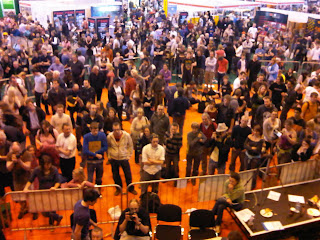 The view of the crowds for the Skymasters. 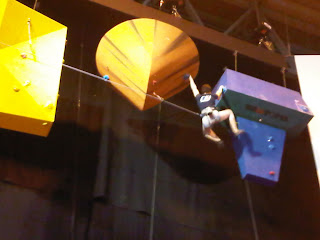 A competitor racing for the finish of one of the routes.

The upshot of the whole thing was that when the show ended, the organisers suddenly realised that they hadn't thought of what to do with the massive climbing wall that they had commissioned! Bishton to the rescue once again, and Tuesday morning saw a huge articulated lorry roll up outside the Works filled with climbing wall for us to look after for a bit. All I can say was I didn't realise how big (or heavy) the whole contraption was when I was hanging around on it, but we've eventually managed to stash it all away, but not before a couple of days of heavy lifting and extreme manoveurs with the forklift truck (kindly lent by Gav and the boys at Eurosafe - cheers Gav! Graeme owes you a beer!) Maybe I can pesuade Brian to post some heavy lifting photos at some point.....

Meanwhile its been business as usual. The new purple and pink spotted circuit set earlier in the week has proved super popular as normal, and has provided everybody with some thought-provoking (ie: desperate!) climbing.

The other shots just show how busy the last month has been for me. I've had to endure several hours of snowboarding through dense trees with Graeme, and I've also been finding new storage solutions for our staff. 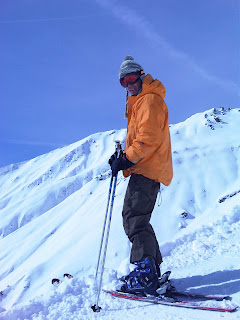 Alderson about to quest off-piste 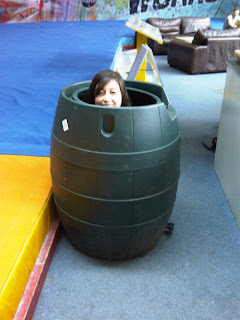