END_OF_DOCUMENT_TOKEN_TO_BE_REPLACED

We haven't blogged for the best part of a week (mostly due to Brian being on holiday and me being away in bonny Scotland) but we're back, so here's an update on whats been going down. The campus board is finally finished, with four sets of 14 rungs right to the top of the board for the full 'alpine campusing' experience. It even has a couple of tiny foot rungs for those of you who have respect for your elbow joints and want to endulge in a 'feet-on' campus board work out. 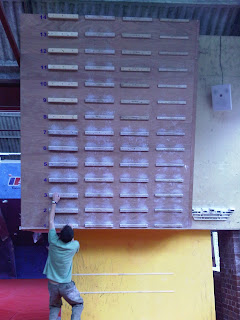 The Beastmaker boys have been back in to tweak the Motherboard and this now has even more tiny holds for you all to bear down on. 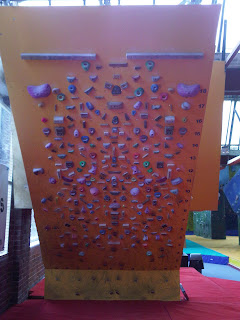 The green circuit has come down this morning and Sam has started to reset, so it should be finished and ready by tomorrow lunchtime. Next week the purple spotty circuit is going to be reset, followed a week later by a new red circuit. 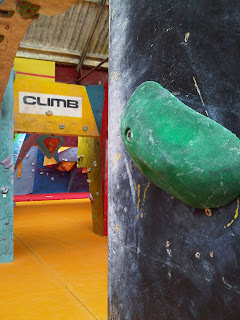 If you haven't been spoiled enough already, we have also taken delivery of a couple more Beastmaker finger boards - one which is a bit easier to use and has a couple of good holds on it (a Beastmaker 1000 series). The other one is another Beastmaker 2000 series which has been positioned at 1-4 campus rung spacings above the original one, so you can now (potentially) perform some enormous, and very difficult locks between them! (Ice is available from reception!!!) 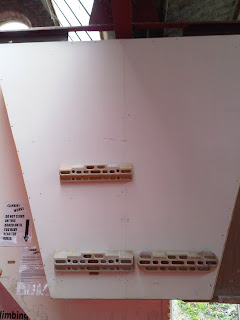