END_OF_DOCUMENT_TOKEN_TO_BE_REPLACED

Its 10am on a cold Friday morning and Percy & Sam are busy finishing off the new blue circuit. Just like the last one, it sits in around the Font 5-6a mark, and just like the last one expect a few trickier ones that will make you think. A new topo for all the circuits will on the website on Monday.

As we're talking about topo's, the new comp wall topo is now on the mats and on the website. If you've got projects on it, you've only got 2 weeks before its all change again as R2 of the Berghaus Bouldering League will take place on Friday 12th December. 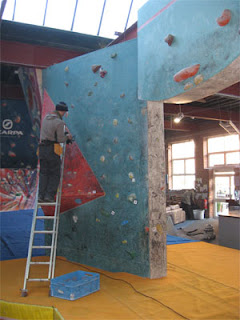 We're not averse in saying that The Works is a pretty good venue for bouldering. The 10,000 sq ft of floor space, the 1000 sq m of climbing surface, over 400 set problems at any one time and amazing staff all makes The Climbing Works a pretty good place to boulder and get stronger.

It's alway nice when someone outside our office says that The Climbing Works is an excellent venue to get strong at, it's even better when its Power Endurance he talks about and it's bloody fantastic when that person is the strongest sport climber in the UK, Mr Steve McClure.

Steve has written a blog on his Petzl page giving the training board at The Works a rather nice 'big up' stating that:

"The circuit board at The Works is probably the best place I have ever trained for power endurance. The climbing style is perfect for routes, particularly in the British style with the holds being very fingery and the movement continuous"

Steve earns himself a free cup of coffee the next time he's in : )

No, I didn't, I don't think. What I did say was while I didn't think completing the yellow circuit in a session was impossible, it would be a pretty well rounded and capable climber who could manage it. Sure enough, Alex Honnold was more than man enough for the challenge, and Brian did style him with a curry for his efforts. It was good to note that even a man of Alex's skills didn't find the circuit an easy ride - the finger jamming holds were a mean test, and the skips nearly stumped him but in the end he did the deed. Nice one!
Most of the Works staff made the most of a cracking grit day yesterday, with a number of informal 'staff meetings' taking place amongst the boulders at Stanage. Brian's campaign to fall off the last move of every problem in the Peak is going well, with the poor lad managing to fall of the end of the Green Traverse twice before his skin give up on him! Next time....!
New blue circuit is being set tomorrow - the grade will be around the same level as before.

Last week Percy set the new Yellow circuit, 40 problems in the 7a-7c range, which has already been hugely popular.
A wet Sunday brought the hordes inside including Team America who have been doing a bit on the grit recently. Kevin and Matt kinda chilled and did some of the yellow's, basically pottering about saving a bit of energy for another day out today (Monday).
Alex - with new Team America members Brett, Cooper & Robert- got psyched on the yellows and got to number 20 quickly before getting shutdown. Percy's chants of 'nobody does the 40 in a session' and a bet of a free curry if he did them all got him back in the groove and with 37 out of 40 done he chilled, recovered and got psyched to finish off the final 3. The final skip problem proved very stubborn and with a quick change of beta it was done (sorry Percy).
Alex then warmed down by doing the 7b+ green & spotty mountain circuit (c.180 moves). A curry well won and deserved. 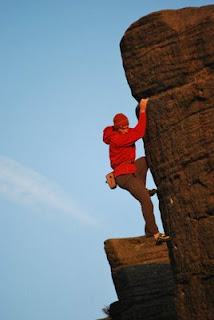 Alex the monk, at home in his natural environment - scarry grit solos

Well, its Friday at last and the weekend is lining up to be another typically cold and wet affair. Luckily for Climbing Works customers, I have finished the new yellow circuit (graded font 7a to 7c), and also added some more new problems to the comp wall (just in case anybody has done them all, although I don't think this is yet the case). The new yellow circuit is a pretty brutal affair - I have tried to keep the difficulty as consistant as I can, and varied the styles of the problems so that everybody who is operating at around the Font 7a level should find some new projects that suit to keep you occupied for the next few weeks! I don't think that its impossible to climb all 40 problems as a circuit in one session, but its a pretty impressive effort if any mutants out there fancy their chances. In order to pull it off you'll have to be a very good climber in all styles - from basic pulling and thuggery, to technical slabs, mantles, balancey aretes, excruciating stemming, thumb spragging, heel hooking and even a spot of jamming if you're that way inclined.....

Over all, its been a good week - The Climbing Works has been testing a new method of cleaning climbing holds that will certainly revolutionise the way climbing centres deal with their chalky holds. We will publish more details of this on our website in a few weeks, but needless to say (and speaking as somebody who has been a routesetter for nearly 15 years and has cleaned more grubby grips than most) I'm well pleased that at last there's an end to the mindless jet-washing of holds that takes up so much of our valuable routesetting time!

Next week we'll be resetting the blue circuit, so if you have unfinished business on this set of problems, get down this weekend and get'em done.

Percy has been setting a new yellow circuit which he will finish off today but at the moment he has 32 problems somewhere in the 7a-7c range. As he's being doing it all by himself expect a lot of weirdness, dirt and non-positive holds.

Tonight see's the return of the free injury advice session provided by The Clinic at the Works. It's on between 7.30 - 9pm and advice is free. If time allows you can also get a free 15min treatment. All you need to do is visit the guys who will be stationed beside the Campus Board.

The yellow circuit (F7a-7c) has now been taken down as has the easy salmon coloured one. Both are being replaced this week with a new yellow up by Wednesday night. Percy will be setting this one and as he can't get any of his regular setting mates to set with him (as they've all buggered off to sunnier climates) he's going to set some 'utter filth' in his words. Nice! 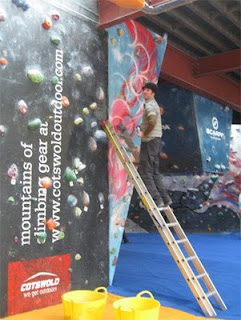 Sam stripping the walls this morning


Percy has also cleaned the yellow holds personally using a new product that has surprised all of us with just how good it is. No more power washing, scrubbing or hours of incessant boredom cleaning holds. 250 holds, 30 mins , clean as a whistle - sweeeeet!!! For anyone who works in a climbing wall all of the above makes perfect sense. As for the product...it's our little secret for the moment... 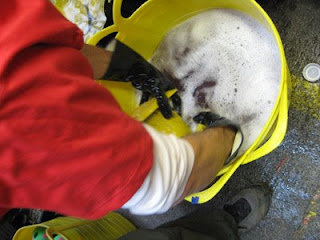 "Double, double toil and trouble; Fire, burn; and cauldron, bubble. Scale of dragon, tooth of wolf; Witches'mummy; maw, and gulf of a boulder's boot. Cool it with a baboon's blood, then the charm is firm and good"
Percy working on his new hold cleaning potion 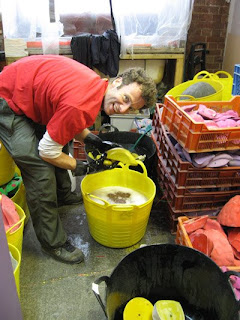 Below is the video footage of Alex (the monk) Honnold on sighting Gaia E8 6c at Black Rocks. Filmed by Sam.

Round 1 of the Berghaus Bouldering League went incredibly well last night with well over 60 competitors sharing blows with the competition wall and a few brave souls doing battle with Percy's special problem (£100 for first ascent) which beat off all comer's leaving most bloody and badly bruised so next round expect a £200 prize.

A great turnout along with a great range of problems and a dj set by Sam & Harry nine toes meant an amazing atmosphere and generally a good vibe throughout the night.

The scores are currently being added up and sorted so we'll have the full results on Monday on the website, in the meantime you get a few photos to look at. 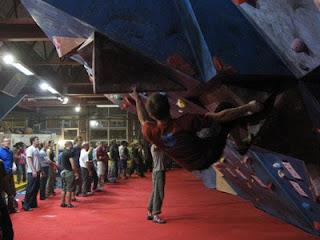 Dave Barrans getting to grips with Percy's special problem 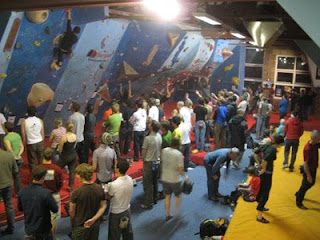 A fantastic turnout meant a busy night at Round 1 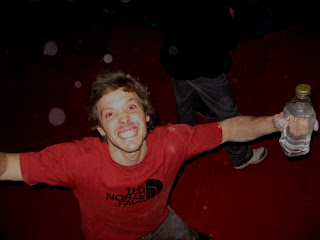 Matt the midget getting psyched for the comp 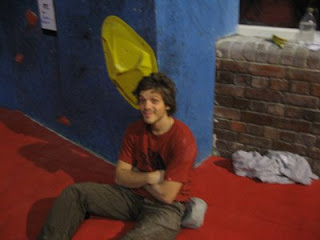 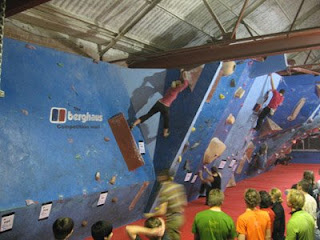 Leah does business with the frankly scary volumes problem 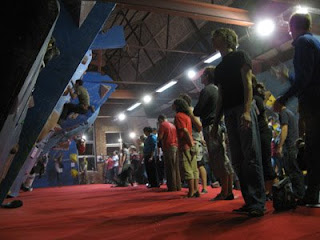