END_OF_DOCUMENT_TOKEN_TO_BE_REPLACED

As we have advertised on our website for the last 12 months, we have spent a lot of time and effort working on a second Climbing Works project down in Bristol. After such a huge amount of time, effort and expenditure we are gutted to announce that we have finally had to put a hold to this project, much to our frustration.
Whilst we have always remained extremely motivated to get a Climbing Works built in Bristol, it seems that no amount of enthusiasm on the part of our team is a match for the combination of Great British bureaucracy and property developers! Having been initially thwarted by Bristol city councils planning department, we eventually solved these problems only to have our landlord sell the property we were arranging to lease from under our feet. It seems that sometimes it doesn't matter how good an idea is or how much support you have, it is destined to not happen. Money talks, as they say!

Anyway, being a philosophical bunch we have decided that rather than continue to chase an impossible dream, we'll cut our losses and move on.
We would, however, like to give a massive thank you to both Ron and Gilly (our team in Bristol) who gave up jobs, huge chunks of time, suffered many sleepless nights and generally got super stressed for the sake of this project.
And we can only offer our condolencies to the huge number of south-west based climbers who have been waiting for a Climbing Works of their own - sorry everybody....we really tried! 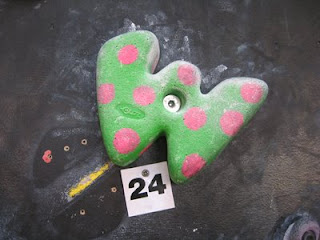 Percy has been back at and in the space of 2 days he stripped, cleaned and reset the green spotty circuit.

And just like the last one it can be done in a oner. The problems individually (30 or so) range in Font 4 to 6b. The whole circuit goes at about F7b+.

I say this a lot, and I am bias, but the whole circuit is a cracker!! There's some fantastic problems and the circuit as a oner will have your arms working hard as some of the downclimbs are desperate! There's even a dyno in the linkup.

If you're heading off to do some mammoth Spanish / Kalymnos sport climbs then this is a great workout.

As you all know, we're always trying to improve the wall here, always thinking of new things. Will it might be a few years old as a concept but we're thinking extreme ironing!! 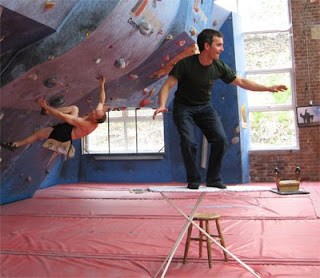 It's all about starting them early at The Climbing Works. At 8 weeks old we've got Annie (Percy's new baby) modelling our new kids range of tees and hoodies for the autumn. Not sure about the fit though... 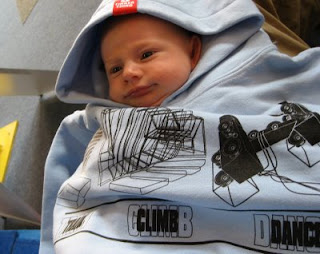 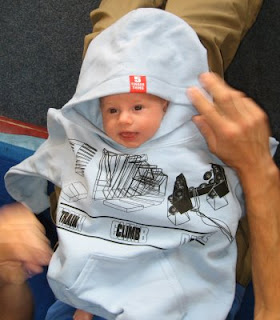 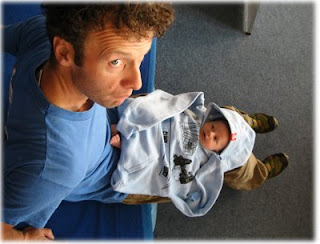 Just to let you know that we're open Bank Holiday Monday, 25th August, from 10am to 10pm. Enjoy!

This time we have had Dave Simmonite in taking some product photos of our new Five Finger Thing Autumn range. Why? Well in the next month or so we will have a new all-singing, all-dancing website up and running.

The new site will have our full range of Five Finger Thing / Climbing Works tees and hoodies online plus a whole load of other features that should make your work day that little bit more avoidable.

In the meantime, the below will have to do 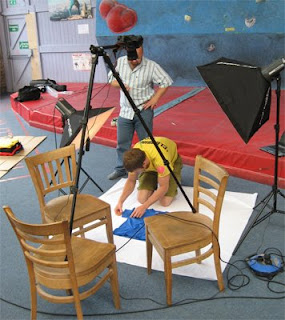 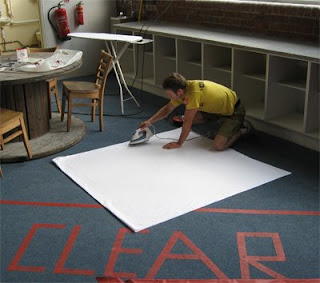